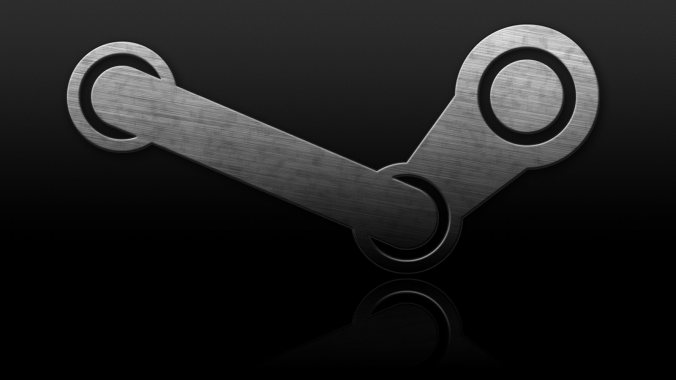 Oh Steam. Oh, you sultry minx. How I’ve tried to resist your siren call. How I’ve failed to do so miserably, throwing away wads of cash attempting to find the gemstones buried beneath waves of terrible, terrible games. Your game reviews have held back my wallet more than once. But the need to experience even the most awful titles has taught me many lessons about video game design, and how to appreciate those precious mechanics when I find them.

But every now and then, whether indie developed or built by AAA companies, I’ve been absorbed the by graphics, gameplay, story, sound design, and even UI of some fantastic games.

Now it’s time to be positive. I’ll be grumpy and negative with the worst games I’ve ever purchased another time.

Even though it’s painful. 😀

Yup. I’ve traveled from Riften to Markarth to Solitude and everywhere in between. There are few sights in Skyrim that aren’t absolutely gorgeous, even though it’s been a few years now since its release (though mods have continued to improve everything from environmental sounds to volumetric lighting). The combat is way too fun, though I admit I have modded the Destruction tree of magic to be a bit more powerful than the vanilla game, and increased the speed arrows fly — my two favorite ways to bring the pain.

What’s brought me back so many times is the sheer amount of territory to explore, resources to gather, questlines to experience, and excellent downloadable content. I’ve got a soft spot in my heart for Solstheim. Being a vampire or a werewolf is an incredible way to wreck faces. The many armor types are gorgeous, and I’ve even crafted the dragon priest masks in real life; they’re hanging above my computer as I type this!

Yes, 830 hours. Yes, that’s over a month of playtime. In my defense, you never know how much time I had the game paused. You just don’t know!

So I have a fondness of vikings. I done learned a thingy about myself!

This is a game in which you control a noble or a warlord (or both in one package!), and recruit armies to fight for you, while you in turn serve under a lord or independently fight to become king of the country yourself. There’s nothing simple about either of these objectives, but you gain experience from every single encounter, and become more proficient in personal combat, trading supplies, training new recruits, pathfinding for higher marching speed… It’s amazing the kinds of possibilities for character builds.

If your army loses to another? You never die, but you can be captured and ransomed. Or you can flee your captors, and begin your army recruitment again with more experience and skills under your belt!

First of all, the mechanics of controlling your character are nothing I’ve experienced in any other game. The direction of the camera while you swing your weapon determines which direction it will stab/swing/fire/smash — this may sound disorienting, but it becomes second nature in a hurry, and makes for very dynamic combat. But besides the gameplay, the overworld is absolutely monsterous, and feathers a myriad of nations from which to recruit your growing army. I can’t recommend this game enough — it’s like real-time Risk, Total War, and Final Fantasy all rolled into one.

Yeah, the story isn’t much worth spitting over. But give me a jet and a bajillion targets, and you know you’re in for a good time. Add in mods to increase the shot distance of your grappling hook, give you multiple grappling hooks you can use like Spider-Man, and even one that makes you fly like Superman, and that’s it — you sold me.

Did I mention EXPLOSIONS. I think I did. In case I didn’t, EXPLOSIONS.

Ever wanted to play Minecraft or Terraria… IN SPACE? Starbound is a killer game by Chucklefish Games (which is adorable), and you basically go from planet to planet exploring an entire galaxy of worlds in search of… anything, really!

Establish a home planet on which to build a massive complex? Check. Explore the vast caverns beneath a lava planet in search of rare ores and gems? Check. Board a sky-pirate ship and trade for a massive energy gun capable of blasting monsters into goo? Also check! You can even customize your own starship as a mobile storage base as you travel from world to world, and visit intricately designed space stations, forest villages, ancient dungeons, mysterious and hazard-filled science facilities, and medieval-style castles managed entirely by robots. Even the gravity can vary from one world to the other, making combat tricky and fun. And all the while, you can fight with guns or swords, spears or grenade launchers, and even axes or rocket launchers.

Whether you love to build or love to explore, this game is fantastic. And as far as I know, this game has moved out of early access, but still continues to be updated regularly. Definitely one to pick up. 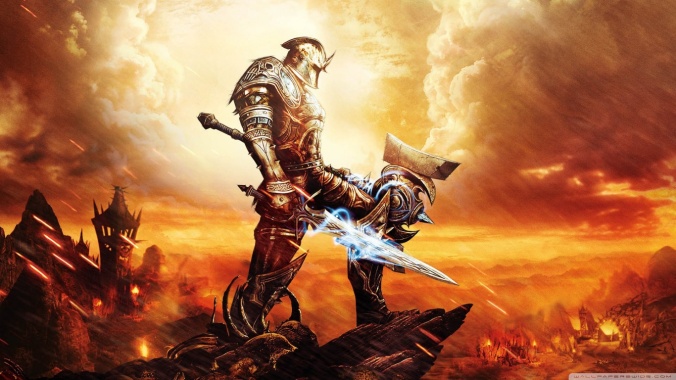 Hot dang, if ever there was a game that deserves a sequel but will never get one, it’s this game (thanks to the poor developer shutting down). I feel like THIS game is what Fable fans wanted Fable to be, what an open world hack-and-slash game ought to be. As the main character, you are the only being alive in the world that can change your fate and that of those around you, and it makes for a fantastic mechanic and story hook for a role-playing game.

There’s a decent story in Kingdoms of Amalur, though it attempts to be a little too deep in some parts (especially with all the magic elven poetry stones and drawn-out questlines). But the main draw for me was the leveling and combat system. There are an amazing assortment of weapon types, from broadswords and great swords to chakrams and faeblades (think Illidan from Warcraft). The myriad magic and abilities you can choose from are awesome, especially since you can customize your class between three categories: pure magic, martial might, or sneaky stealth. The many enemy types mix up combat pretty well, though there are some that can annoy you if you don’t have the proper ability as a counter.

While the overworld is pretty enormous, it sometimes feels devoid of detail, almost feeling like an MMORPG as you being the only person on the server. This feeling is increased with the large assortment of fetch quests and kill-this-many missions.

But all this makes it sound like this isn’t an awesome game to play. And it totally is! Through all of its flaws, there’s a reason it kept me playing for so long — I wanted to experience all the many ways I could fight and grow. It’s more than worth a couple playthroughs, believe me.

Oh, so much more. But I’ll get to those laterz.